Name Pun: Simmer; A mockery of typical Saiyan pun names based on vegetables, given to her by the government before being turned over to her adopted family.

Known Techniques:
- Death Ball [N1 - UP2 - MP3] Ki Orb: A technique Sima picked up from her Arcosian training, where she raises both her palms above her head, charging energy into a large ball. The ball of energy can vary in size and strength, doing more damage the larger the size of the ball when thrown. All three version are named Death Ball, with the only difference the visual size. Color is a very light shade of blue. Damage Scale 33%/66%/100%

- Executioner Death Ball [SIG][Pure Power]:
Similar to Sima's normal Death Ball technique, but the technique color shifts to purple, and is variable in size. Unlike the normal Death Ball, the larger size does not denote the strength of the attack. Variable sizes allow for charging with one or both hands, but is still thrown in similar fashion from overhead. Exponentially stronger and used only in serious situations. Damage Scale 133% 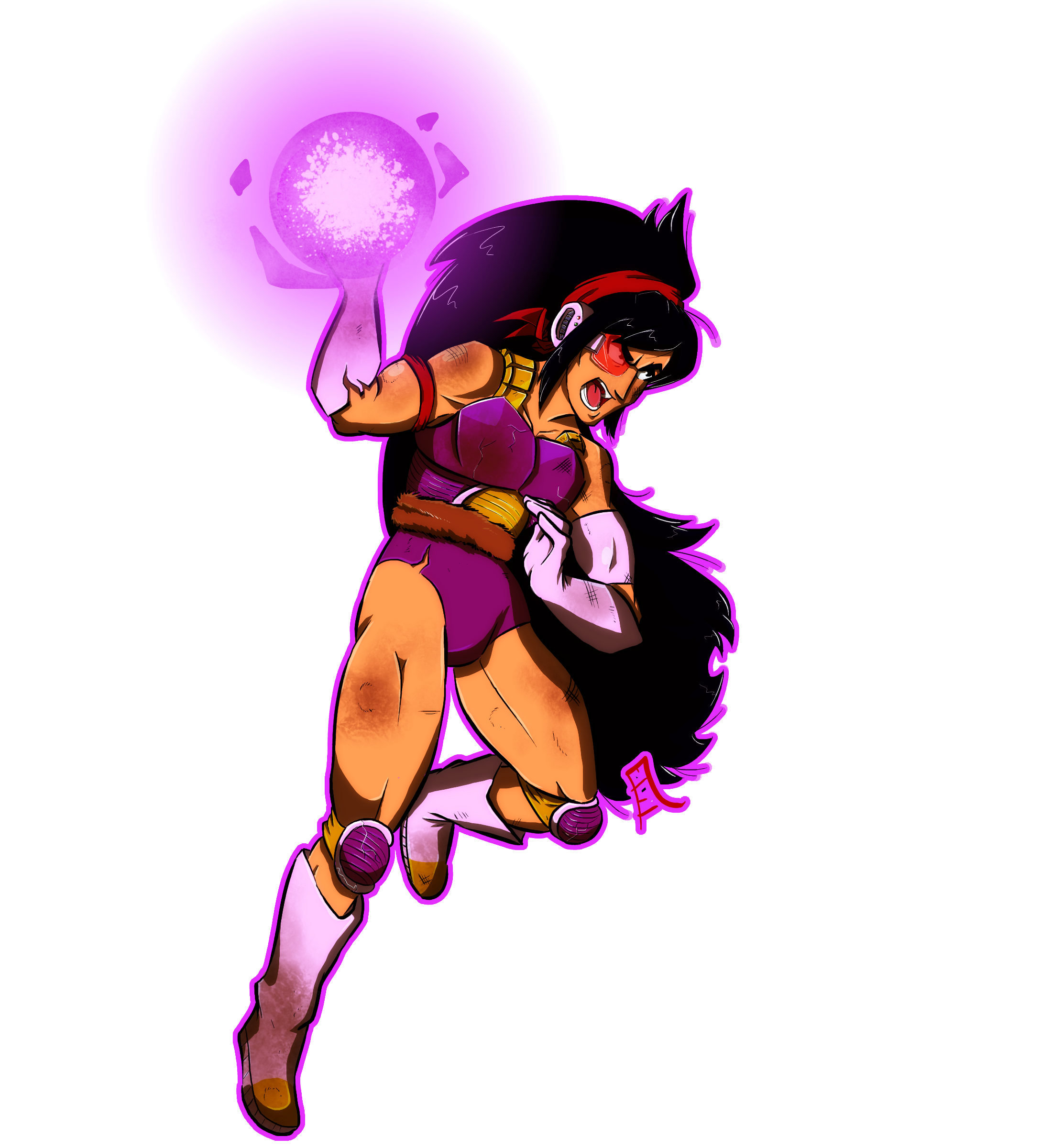 Personality: Brash in most cases though not overtly aggressive without provocation. Easily agitated which does in turn lead to aggressive behaviors. Good attitude towards superiors while having a poor attitude towards peers and others. Does fairly well in most situations in a team environment as a leader or follower

Known History: Subject 23057 was adopted as a baby when both of their parents were killed during a botched information gathering mission on an Arcosian outer planet against the wishes of their superior officer. The subject's mother was pregnant at the time, partially causing the failed mission as the two were captured fleeing, but having to stop due to the fatigued mother. The father was killed trying to protect the mother in an overtly violent manner, and the mother was captured and gave birth during her incarceration on REDACTED. Both of Subject 23057's foster parents were killed during a botched attack on Arcosian Planet 6, and the older adopted sibling missing and presumed dead in similar fashion on the same planet three years prior. Subject 23057 was brought to an orphanage at age 11 but never adopted due to a mixture of most wanting younger children, their full blood Saiyan heritage, and in some cases due to simply scaring the potential adopters with aggressive behaviors.

By the age of 15, Subject 23057 had been removed from the orphanage due to bullying other orphans and threatening staff. Military provision 16T-4 allowed for the adoption by the military with the agreement of recruitment at age 18 into the Arcosian Military by Subject 23057, who agreed readily. Subject 23057 was trained by the Arcosian Army on Arcosian Planet 12 and Arcosian Planet 13 from ages 18 to 20, when they were admitted officially into the ranks of the army. From this point forwards, they were sent permanently to Arcosian Planet 13 where they were trained more specifically to be sent off world for recon missions, but their field of training was changed to special forces of the Emperor due to a high aptitude for energy manipulation as well as combat effectiveness and intelligence gathering on their only two missions, both to planets belonging to the Saiyan Empire. As of this document, Subject 23057 was training with a small group on Arcosian Planet 13 in what were to be mock battle scenarios as a unit during which time the following incident occurred.

Subject 23057 was pulled from the field due to erratic behavior towards Subject 23068, Subject 23101, and Subject 23102. During a training exercise on Arcosian Planet 13, Subject 23057 became frustrated at what was felt at a lack of effort from Training Group 4, leading to a heated verbal altercation that resulted in physical violence despite the intervention of Group 4's proctor. Subjects 23068, 23101, and 23102 found themselves, what one of the other subjects referred to as "sucker punched" in quick succession. No one can corroborate if the physical altercation was provoked.

Others attempted to break up the four shortly after, as the three assaulted subjects attempted to fight back, leading to a brawl. Once the proctor stepped in to stop the altercation Subject 23057 threw a blast of energy at Subject 23102 and proceeded to mock them by stating they, "Smelled like a dirty, molded refrigerator", before fleeing into a nearby wooded area. Subjects 23068, 23101, and 23102 then proceeded to chase Subject 23057, throwing energy blasts into the trees in an attempt to retaliate from the earlier aggression, ending up destroying trees and causing multiple fires.

Former soldier designated Subject 23057 was given a suspended sentence after being found guilty of the murder of two other military personnel and despite testimony, the assault of a third. The military spoke on their behalf, asking for leniency after the announcement of a future trial on planet Arcose. After a lengthy discussion with REDACTED and REDACTED it was decided that Subject 23057 now known only by their Saiyan name, Sima, would be given a dishonorable discharge from the military. Such a discharge from the Arcosian Military meant not only immediate discharge from the military, but exile from Planet Arcose, and only the choice to live on one of the outer belt planets or face jail time. The Saiyan female Sima chose to reside on Planet Cold 14.

History seems good, though I have one issue you need to fix.

I'll need you to list the N1 and UP2 versions of your Ultra Ki Orb. It's such a minor thing, I know, but its necessary.

Once that's cleared up, feel free to make your BP.