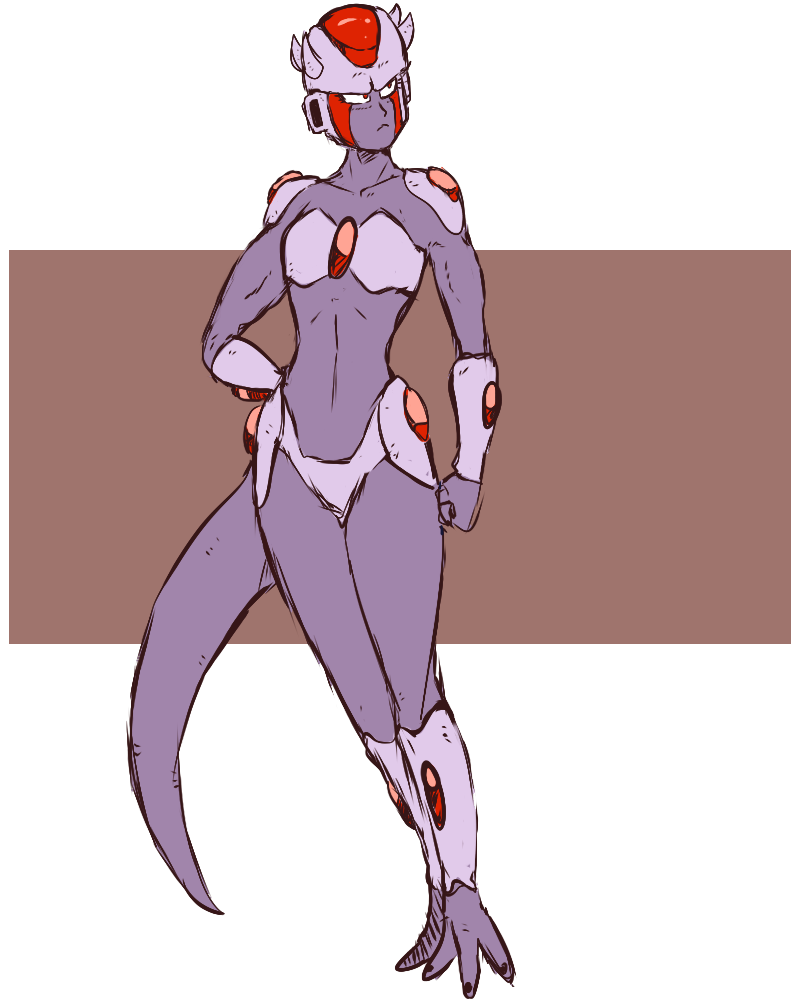 (Thanks and credit to Ishi for this one) 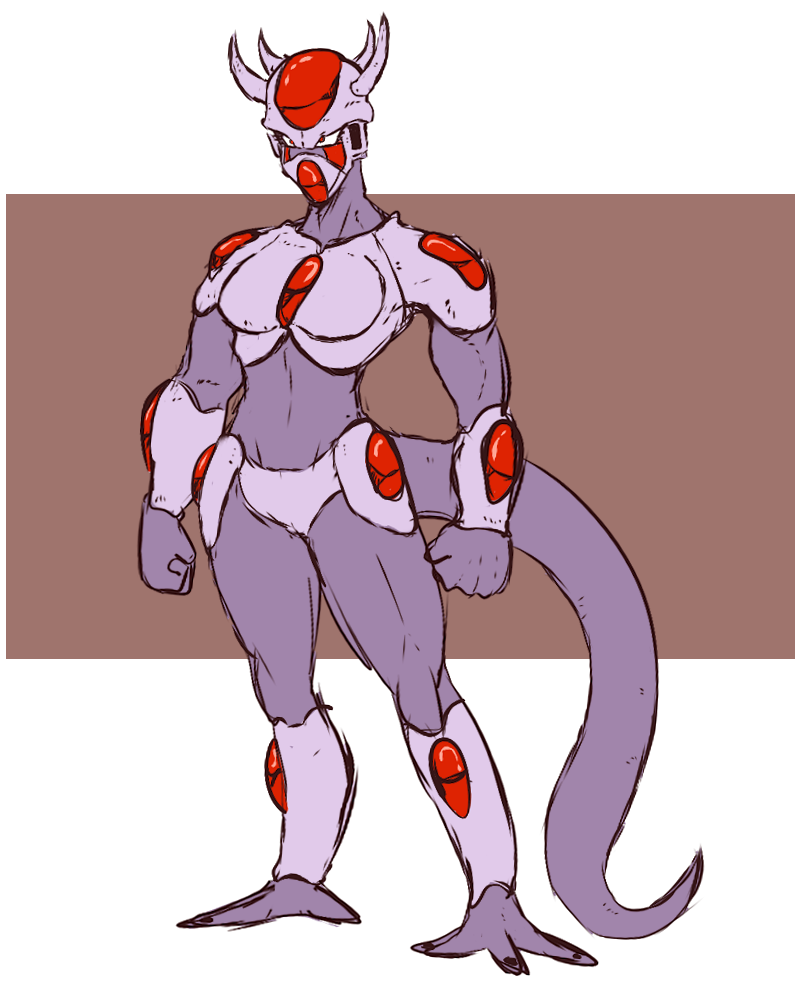 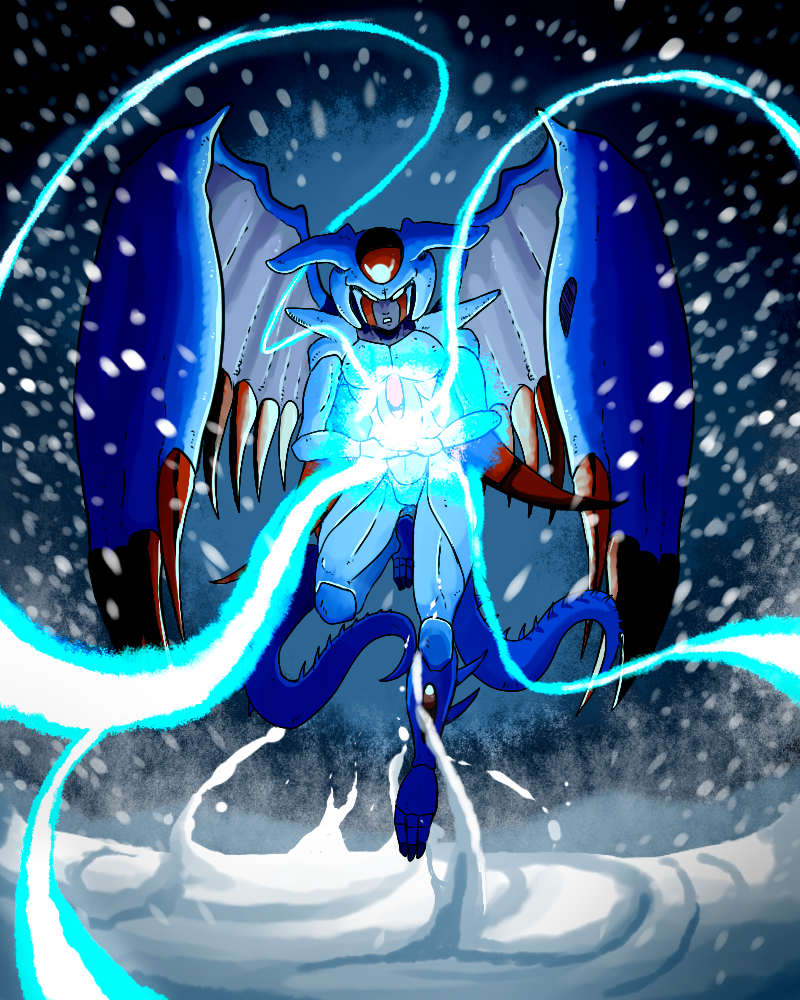 BACKGROUND: Aurora… is pretty normal. Or well, for a lot of her life she was. Growing up on Arcose, she experienced a pretty generic childhood. Went to school, felt heartbreak and happiness, learned and loved and laughed, all under the rule of the Arcosian king. Until recently that is. With the death of Lord Chill, their world was thrown into disarray. For the first time in her life, Aurora knew true hardship as her family suffered and starved under a system that had been dealt a prominent blow and struggled to recover. And it only got worse from there. With the weakened Arcosian society, there was very little to stop the other races from muscling their way into their society, with the stronger members bullying their way through with something close to impunity.

The defining moment, however, came when she found her planet the battleground of a group of super saiyans who wished to conquer them, and an Arcosian, a member of HER OWN RACE, who was trying to blow up their home and kill them all. She had never felt so alone and helpless, as she cradled her family whilst the closest things to gods in their world battled above her. It wasn’t fair. None of it was. Their species was meant for more than this. More than being the butt of some cosmic joke, to suffer and perish. So, she resolved herself to be the one to allow that. She would grow strong. Stronger than any that wished to harm her people, and she would protect and lead them into an age where they could once again live in peace, or as conquerors.

[A1] Break: Aurora rears her arm back, before delivering a powerful blow with her fist. Deals 33% of her PL as damage.

[UA2] Crush: Aurora delivers a devastating flurry of blows. Deals 66% of her PL as damage.

8k [VA3] Shatter: Aurora sends out a flurry of targeted punches, aiming to distract and weaken the enemy's defences in key points, before dealing a devastating final blow aimed to crash through anything between her and her target. 66%, Piercing.

48k [MA3]: Obliterate: Aurora releases all her inner restraints and goes all out in a flurry of devastating blows, each strike landing with enough force to shake the ground. Deals 100% Damage. Costs 3 KP.

56k, 64k, 72k, 80k, 88k, 96k, 104k
[SIG] Absolute Zero (Tier 2: Stubborn, Sheer Force, Dig Deeper, 133%): Aurora combines her ice magic and physical prowess into a devastating technique. Six small orbs of glowing blue light appear behind her in a ring and let loose a barrage of sheer frost beams in seemingly random directions whilst Aurora dashes forward, towards her target. Upon reaching her target, the beams each changed direction midway and converge directly upon her enemy, freezing them over before Aurora hammers her fist into their unprotected and fragile body, knocking them loose of the ice.

DEFENSIVE
24k [B1] Frost Shield: Aurora taps into her magical ability and produces a small shield made of magical and Ki reinforced ice upon her arm. Blocks for 33% of her PL.

40k [VB3] Glacial Armour: Aurora touches the wall of ice and it melds over her form, covering the Arcosian in armour of ice. Blocks for 66% of her Pl. Sustained.)

SUPPORT TECHNIQUES:
16k Flicker [SU1]: Aurora moves at intense speeds, flickering from view as she tries her best to avoid being hit. Allows her to avoid being hit by attacks beneath 100% of her PL. Costs 1KP in KP battles.

120k Vanish [SU2]: Aurora moves at such intense speeds that she disappears from view for all nearby. Allows her to avoid being hit by attacks beneath 150% of her PL. Costs 2KP in KP battles.

[UT1] Inner Strength: Aurora taps into her racial inner strength, increasing in size and muscle mass in exchange for her defensive abilities. This results in an increase of her offensive PL by +x1 and a decrease of her defensive PL by -x3. Costs 0 KP in a KP Battle. Must be active for at least two turns before being deactivated (including the turn it was activated on), and can only be deactivated at the end of a turn, after completing all necessary defensive calculations.

112k Winter Magic [UT]: Thanks to her connection with the Mountain's Heart, Aurora has gained access to magical abilities relating to cold and ice.

128k Energy Suppression [SU1]: Aurora alters the Ki flowing through her to be less expressive and active, effectively masking her presence.

136k Energy Setting [SU2]: Putting a limiter upon the flow of ki in her body through her damaged heart, Aurora is able to restrict the amount of Ki readily available to herself.

144k Energy Intimidation [SU3]: By pouring energy out the pores of her body, Aurora can make her power seem far greater than it really is for a short amount of time. Uncomfortable and a little tiring, but there is tactical merit.

152k: Ice Storm [SU1]: By drawing upon her power to create and large, expansive blizzard of ice and snow, Aurora can obscure herself for long enough to attempt to escape a Death Enabled thread. If 100% damage in total is sent her way before her next turn, her escape is blocked. This technique uses 1 KP in KP Battles.
RACIAL ABILITIES:

Arcosians not only have raw power but an almost insane level of resilience being able to survive as long as their brain is intact. Arcosians have Durability [Once per thread, reduce the % of an attack that would hit you by 33%] and can survive in the depths of space for extended periods of time.

Edits & clarifications look good. You're APPROVED to head to your BP!