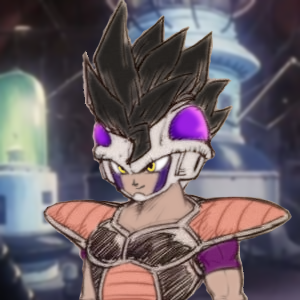 Dizzying sounds clattered in the world above and a shape in the dark of the decaying lab shambled from it's respite in response to the noise. A loud pronouncement overtook the ears of the beast, a message to all who dwell on the desolate wastes of ice that made up the politically driven land of Arcose. "How dismal a fate, that this blot of a planet would perish on the vain impulse of man. Do I value my abhorrent existence such that I would flee my place of birth? I do not know, but I dare not entertain the thought of ending up as you did, doctor." The creature groaned, his eyes turning to set on the rotting corpse of Furan.

"I bid you farewell, o you who hath made me."

The old door creaked on rusted iron hinges, light and wind bursting through the crack as it snapped at the wall, falling outward into the street with a muffled thud. Naught but two steps were needed before the creature was enlightened as to the source of the announcement. A terrific battle thundered overhead, powers further extreme than even his mutilated form using the skies of Arcose as the grounds.

Should this be his end, the nameless hybrid had one last wish. To visit the palace and perhaps gain some modicum of closure and explore the life of his deceased father. The streets were flooded with screaming civilians, and the hybrid found solace in that fact that their eyes were not drawn to his form in the disarray.

Twas with granted ease from the calamity above that he found himself within the walls of the Cold Palace, his clawed fingers running their tips along gilded lines as he followed a path he couldn't put into words. Something in his stomach, in his fiber as a being dragged him, tugged towards a destination beyond his control.

Clicking open a sturdy door, dry and yellowed eyes took in the room. Plushed toys lined the edges of a feathered bed, colorful print splashed the walls with some farce of comfort and joy to contrast the shallow nobility of the rooms surrounding it. Why was he here? What had possessed him so that he would come here?

Walking to a cabinet, he clutched a framed picture from the stand and sat idly to stare upon it. Memories burned hazily in the back of his mind, as he viewed the image. An Arcosian lord sat cheerily in the snow with a small Saiyan girl. Were he not dry and foul, he might have held resemblance to the lord in the picture. Was this his father?

Like a sickly plague, his mind was overrun with questions.

"Come on..." Aurora murmured to herself as she piloted the large spaceship, bent over at the controls and gripping them in a white knuckle grip. It was fortunate that it had been made for Arcosian strength, otherwise she was sure that it would have been crushed between her fingers. The memories of her family were so fresh in her mind, dashing through it despite her best efforts to stay in the now. She couldn't afford to waste time, no matter how painful it was. If she was ever going to be able to help her people, no matter what happens to them, then she needed to be able to get out of Arcose airspace now before either the Saiyans won or everything... goes kaboom. But the only way to do that that she could feasibly think of was using the specialised passage utilised by those at the palace during times exactly like these, something she and her class had been told about on an excursion back when she was just a young girl. She had no idea if it had changed, or if something had happened, but the alternative was risking being seen, or even going near, those above and she doubted either her or her ship could survive exposure to that. So the only way forward was through the palace.

Of course, there was no way it was that easy. She couldn't remember any of the details, and if she was a single foot out of line the planetary defences would have none of the trouble blasting her out of the sky that they did the saiyans. So she needed information, and the only place to get that was the palace itself. It hurt to ease off of the thrust of her ship, even more to look back down towards her people as they flew and ran about in a panic, but she didn't let that stop her. Making her way  through the sky and doing her best to avoid those doing likewise, Aurora found herself above palace grounds. It was blessedly barren, almost all staff and house Cold members having bailed earlier on. That being said, she didn't want to risk her ship being stolen by panicking Arcosians or a few of the more entrepreneurial members of her kind, and so it took her a little long to find a suitable place. Eventually however, she managed it. The destruction had claimed more than... more than... There was a hole in the top of a large building just adjacent of the palace. What looked like it had once been a hall for meetings was now nothing but collapsed masonry and rubble, and served as a perfect hiding place for her ship, the walls obscuring the majority of it.

Once the ship was stable and the ramp set, Aurora marched out, covering her mouth. Dust had been kicked up by her landing, and while it wasn't hard to breathe it was still playing havoc with her nose. Her strong, thick tail swishing in the air in an attempt to try and clear it, she quickly made her way through and out of the collapsed building and towards the castle. The castle grounds, once so immaculately sculpted and taken care off by its veritable horde of workers was now little more than a pockmarked, charred and taunting reflection of its fomer majesty. The sight made her sick with anger and grief, at the symbol of arcosian power being so... so... disrespected. The jewel of their capital, a monument to their dominion, just... not even an after thought. Destroyed by accident. Her teeth ground together, and she forced herself to speed up across the grounds, feet leaving he icy earth as she hovered her way forward.

Bursting through a servants door in the side of the castle with enough force to send the reinforced wooden splintering and flying through the halls besides her, Aurora looked about. She had never been within the castle itself, or at least anything but the main hall, and thus she didn't know where she was meant to go. But that didn't mean she wasn't aware what she was looking for. The sort of knowledge she was looking for would only be found in either a headquarters or a study. That left out lower level rooms, which would be mostly servants quarters and kitchens. Her three toes splayed themselves along the smooth floor, before once again she burst forward as fast as she could go, racing through the palace and using her tail to help guide herself around corners or the odd panicking servant with no idea what to do. It hurt to leave them, but first she needed to find the information required. Despite her best effort, however, Aurora soon found herself both lost and stumped. Completely unable to find her way up, she instead let out a noise of frustration. "Screw it." She murmurs, before launching upwards.

A rumble echoed out from the palace as floor after floor was busted through, she eventually came to a stop upon entering a room unlike many of the others. Filled with plush animals, a feathered bed and comforts not usually seen among arcosian culture. This could only have been one person's room, she reckoned. "Princess Belle's..." Aurora murmured, before shaking her head to clear her thoughts. Right now, ghosts of the past weren't important. What she needed was to find the damn passageway directions and stat, or she and her family were truly going to die. And that wasn't something she planned on letting happen. Looking around the somewhat destroyed room once more for the door (busting up from the floor will do that), she eventually realised that she wasn't alone in there. There was another, a... uh... "What the hell are you?" She asked, head leaning back to try and comprehend the amalgamation before her, before once again logic overruled instinct within her mind and she held up a hand. "Actually, doesn't matter." She points towards the door. "Do you know where I can find the study? I have to get out of here, and that's the only way I am. If you tell me, you can come too. Whatever you are."