PLEXBIT: A small android, roughly the size of the average teddy bear. Built from the scrap metals of materials of Crop Co., URSA is a not all that impressive bear-like robot with an appearance hinting to her cobbled together nature. Bits and pieces stick out in odd places, and two purplish eyes stare unblinking into the distance, the Plexbit incapable of fully synthesized speech.

PLEXBOT: An android a bit larger than an actual adult bear, URSA now resembles a juvenile in terms of appearance, sporting much bulkier proportions and dropping her 'cute' appearance from her bit form. 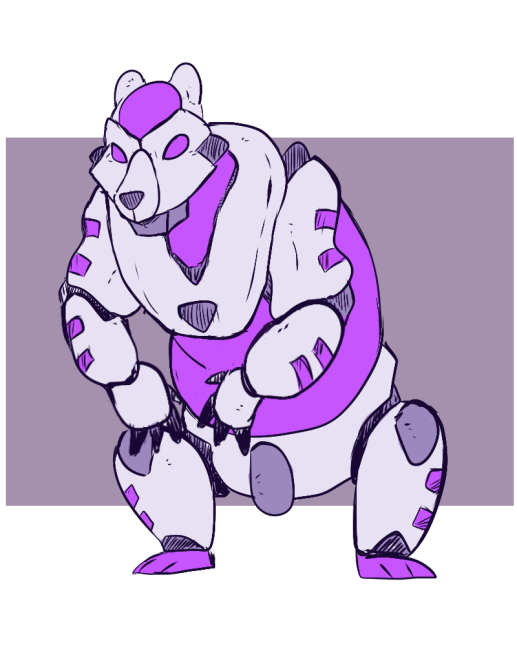 History: Some say that imitation is the best form of flattery. Others say that copying established work is uninspired and wrong. Either way, being able to successfully replicate Plexbit technology from Crop Co. while working as an intern is nothing short of impressive.

Built by Pepper as a passion project after the massive success of LEO and constant threats that seem to be growing only more common, URSA was nothing but a pipe dream at first - the girl acquiring scrap metal, faulty circuitry, and questionable hazardous material to work out of her basement with. It was out of sheer determination, intelligence, and a healthy amount of luck that she managed to cobble together a working prototype... which was active for all of a day before it had imploded violently.

Many more failures were to come. Second, third, fourth, seventh... until finally, upon the ninth try, the bootleg Plexbit didn't immediately break apart when activated. If asked 'why', Pepper would be liable to say: "Why not!". The concept of building a half-sentient powerful android wasn't one that actively crossed her mind in a meaningful way, merely a fun hobby to attend to when not at school or at work. URSA No. 9, through her very vocal beeps and bzzts, supports Pepper all the way! Though perhaps it'd be best to check with the company on copyright laws...

Play Rough [A1]: URSA lunges towards an enemy, clobbering them with as much hostility as a metallic teddy bear can possibly output. Alternatively, if they are at a range, URSA is capable of using her spring-like limbs to send a flying punch their way! This damages the target for 33% of her PL.

Bitty Blast [UA2]: A small burst of purple Ki launched from URSAs mouth to singe an opponent for 66% of her PL

Temper Tantrum [MA3]: A combination of rapidly flailing spring limbs and ki blasts in all directions forms the Plexbit's ultimate attack, doing 100% to a single foe!

Springy Limbs [B1]: URSA coats her body in protective energy to guard against an attack, or expanding her limbs out to cover a person (usually Pepper) from being hit. Protects with 33% of her PL.

Bubble Barrier [VB2]: Forming a translucent bubble of purple Ki, URSA engulfs either herself or a willing target with the barrier - which sticks around to continue protecting the target for three turns! Protects with 33% of her PL.

Bubble Wrap [VB3]: A much more condensed variant of Bubble Barrier, sitting as a thin sheet of translucent purple Ki above her or a willing target to protect them for 66% of her PL over three turns

Hopscotch [SU1]: Utilizing the innate bounciness of her body, URSA utilizes quick, rapid movements to evade an attack under 100% of her PL

Scanner Module [UT]: A built-in organic life detector is placed into URSA, allowing the android to remotely detect a living being's power level and position. It doesn't work on other androids, oddly enough. This is a passive technique and needs 0 KP!

Overclock [+x3/+x4 Temp.]: URSA fills her body to the brim with unstable energy, rattling and rumbling erratically as she finds it hard to contain all the excess power. Pepper can choose between 'Overclock' or 'Overclock: Extreme!' which offers a slightly bit more power at the cost of wearing down and damaging URSA in the long run, requiring repairs... and they aren't cheap either!

Battle Bond [+x1]: An increase of power from the result of Pepper's life force being linked to URSA, when the two are within close enough proximity the Plexbit gains a permanent increase to her transformation modifier. (LOCKED until Sacred Flute)

(Unlocks at 100,000 PL) ?? [x9 Perm.]: At one hundred thousand Power Level, URSA transitions into a fully fledged Plexroid - and along with that comes a massive commitment...

Looks good. URSA is approved once you get your minion item. 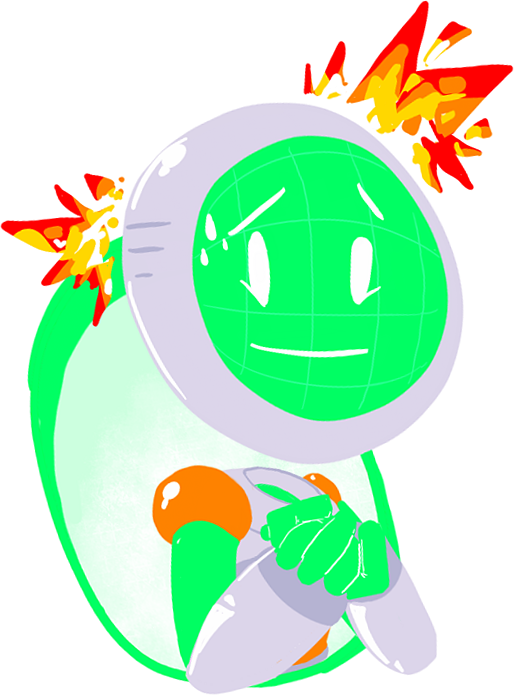 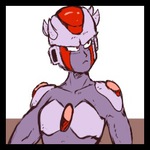 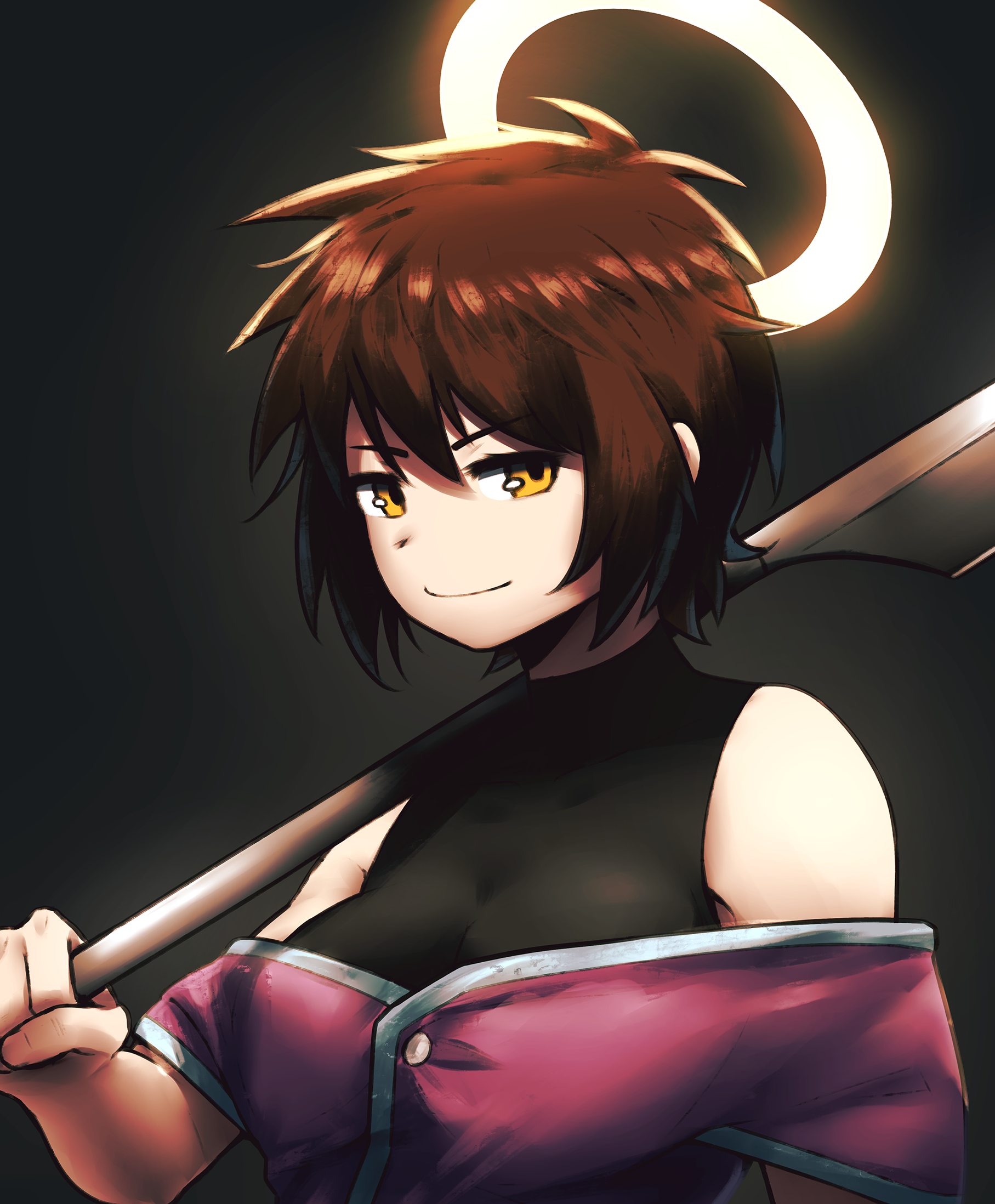 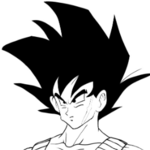 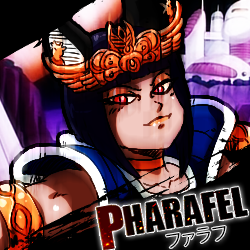