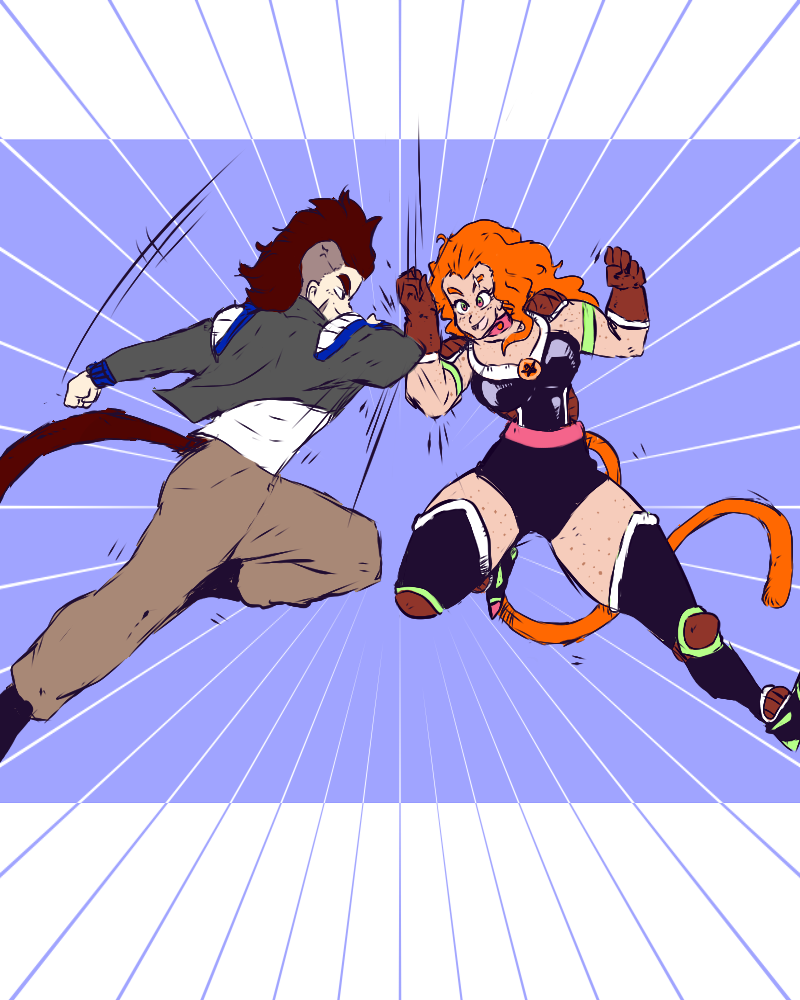 Zhalla and Nero became fast friends after having met thanks to Nero's work at Punchin' Pancakes. After that Zhalla seemed to find herself running into the other Saiyan more often then not and each time she continues to be surprised by just how much she likes the guy.


TECHNIQUES
OFFENSIVE TECHNIQUES:
[A1] Bull Rush: Zhalla instinctively channels her Ki through her body or through one of her Ki weapons in order to boost power and deliver a more devastating attack than usual. Deals 33% of her current PL in damage.

[UA2] Brutal Bull Rush: Now channelling even more Ki through her body and/or through her Ki weapons Zhalla's ferocious strikes hit even harder, now much more brutal than before, the Ki she produces reverberates in a primal way, as if she has conjured the spirit of a wild ox in her very hands. Deals 66% of her current PL in damage. [16k]

[MA3] Rodeo Rumble: Now able to channel tremendous amounts of Ki through her body and/or through her ki weaponry Zhalla's strikes are much more forceful and deal more devastating blows then usual. True to the spirit of the wild ox her attacks hit much like one charging through any obstacle in it's path. Deals 100% of her current PL in damage. [24k]

[VA3] Surging Stampede: Now able to channel incredible amounts of Ki through her body and/or through her ki weaponry Zhalla's strikes with such impressive force that it can break down defences with ease! True to the spirit of a wild ox her attacks hit much like one as well. Deals 66% of her current PL in damage, ignores half of a barriers PL. [32k]

> TIER I: Adaptability > Homing: This style adds an extra Variant of choice to your Signature.
> TIER II: Warrior Path > Sheer Force & Skewer: Sheer Force adds +33% to your Signature's power output & Skewer (Piercing Variant) if used against when you are within 80% of an opponent's PL, their non-SIG barriers used against your SIG do not halve/quarter at bleedthrough at all if broken.
[SIG] Aldebaran: Channelling truly tremendous and nearly untamed Ki through her body as well as whatever weapons she has on hand or has conjured prior, her physical form is empowered, but so are her weapons. Chains made of her Ki begin to form from her weapons and her hands, linking her strength together, both warrior and weapon united. Wild bursts and sparks of her Ki flicker off from her and her weapons, popping off like the sound of raging oxen. She now attacks with such unhindered relentlessness and fierce passion that she has the instinct to hunt down her target wherever it may run off to and tear through their defences like tissue paper with fearsome primal strikes.
This deals 100% of her current PL in damage, and has an opportunity to strike an opponent again provided they avoid the attack with an Afterimage style technique. It also ignores half of a barriers PL, and if used against an opponent when Zhalla's PL is within 80% of their PL of theirs, their non-SIG barriers do not halve/quarter bleedthrough damage at all if broken. [40k] [48k] [56k] [64k] [72k] [80k] [88k]

UTILITY TECHNIQUES:
[UT] Ki Armory: Zhalla can create a range of various Ki based weapons, from knives to a full axe. These creations are semi transparent, they all match the colour of her aura and have a slight glow of their own.

[UT1] Tail Training: Through training and willpower, Zhalla has overcome a Saiyans greatest weakness, her tail is no longer a danger to her in battle. This technique is passive and uses 0 KP in a KP battle. [8k Slot]

SUPPORT TECHNIQUES:-
[SU1]Afterimage: Through a sudden burst of speed Zhalla leaves behind a static image of herself to distract her opponents, this technique allows her to completely dodge techniques beneath 100% of her PL. This technique uses 1 KP in KP Battles.

[B1] Beast Blockade: When channelling ki through her body, much similar to how she does with her weaponry Zhalla is also able to bring forth a reverberating dome of ki to defend herself! This protects her with power equal to 33% of her current PL. If an opposing technique beats her shield and she is within 60% of the attack's PL, the damage is halved. [96k] 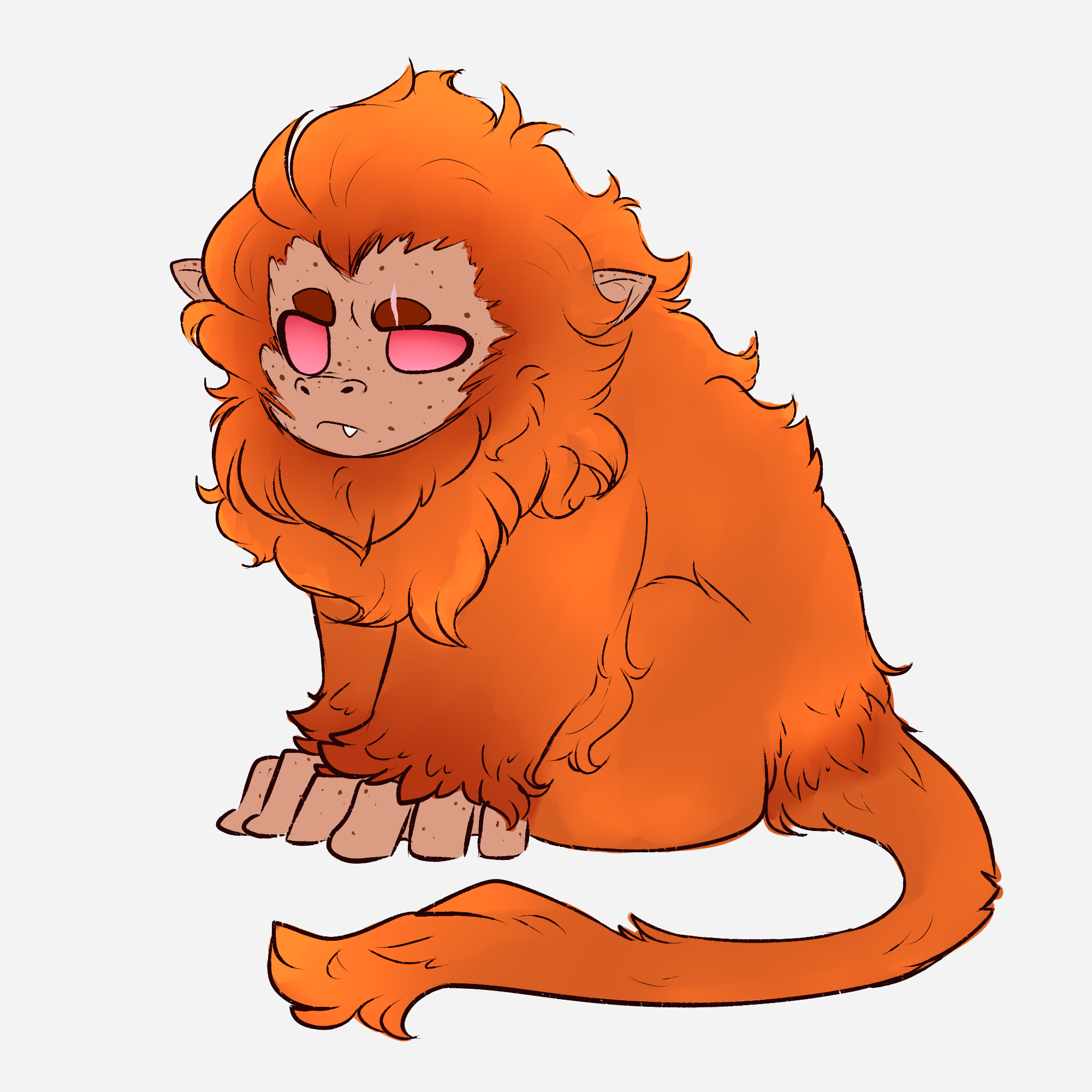 Caused by the Blutz generator, Zhalla has no current control over her Oozaru form which is rather fluffy overall but moreso around the neck and head area with ginger fur. Currently, Zhalla is unaware that she can even go Oozaru.

Uba is one of the smallest and youngest of Zhalla's bunch. A young Namekian boy with bright eyes who's incredibly shy and tends to isolate himself from the others despite being warmly welcomed and included by them. Has an intense fear of adult Saiyans that aren't Zhalla and is easily frightened. Often doesn't talk or is soft spoken when he does.

A bright, optimistic young boy who Zhalla's not convinced is completely human. He loves to keep his blonde hair messy and often ruffles it up to make sure it stays that way. Loves making friends and is often the 'glue' between bonds at the shelter. A bubbly young majin who's hair is naturally rather poofy but she loves to play around with it and style it differently. She also loves to style other people's hair! Especially Zhalla's, it's not unnatural to find her practicing on dolls hairs or on the other kids at the shelter. While it's common to see her with a smile and so happy she could skip, Alomora often suffers great sadness when she doesn't get a lot of attention after a certain amount of time and often tries hard to overly impress others. This stems from her actual family's lack of attention to her in the past and how she wanted nothing more then to make them happy and proud of her, especially her dad. Thanks to this she also wishes to gain a father figure back and has wanted such since she first arrived at the shelter.


Haden
Demon/Ogre boy, has horns, a bit of an attitude and can take a while to warm up to people, one of the eldest, has his wits about him 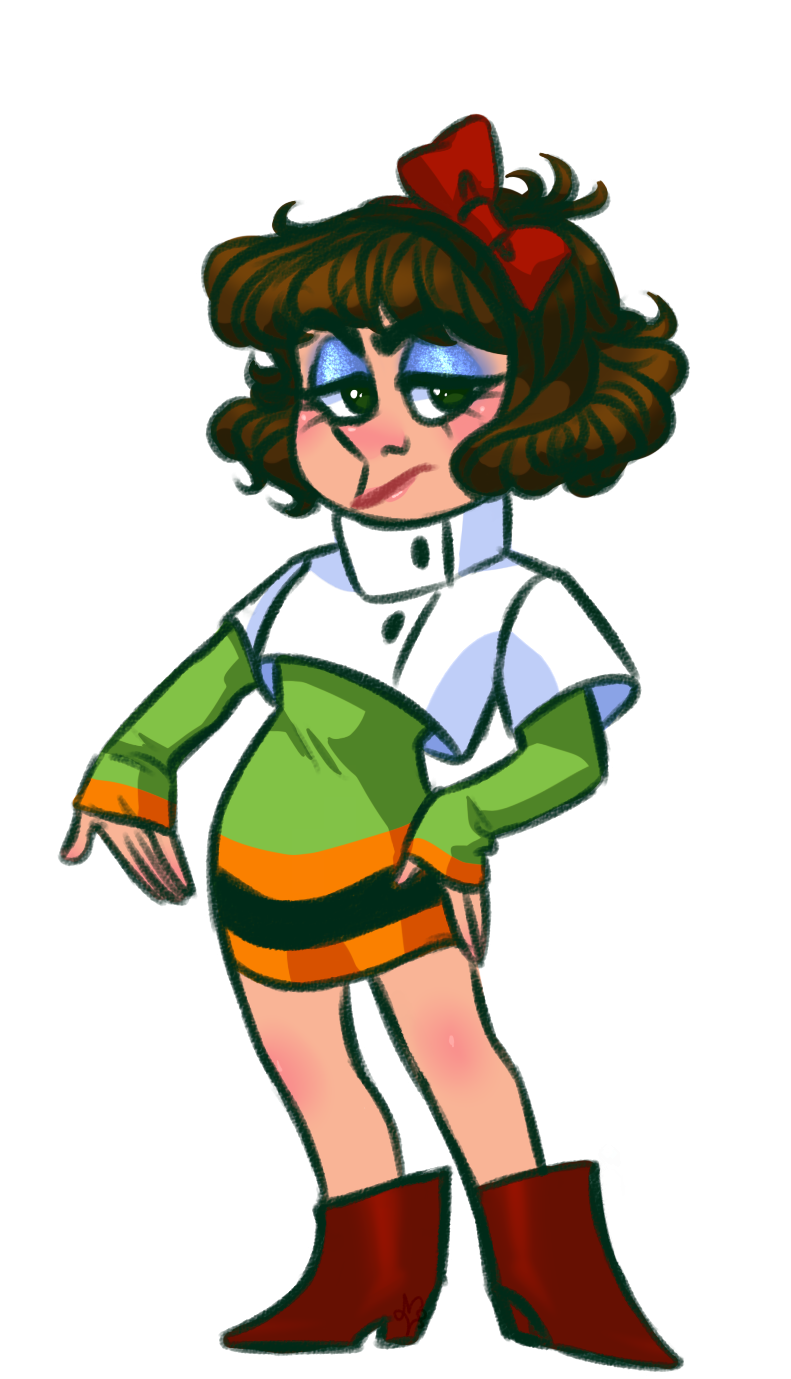 Alle is a bio android child modeled after a deceased human child of an Earthling family. After a motor accident occurred which took the life of their young daughter, the pair of grief stricken parents would turn to the making of bio-androids in an attempt to bring their daughter back to life. Successful to a degree they did all they could to restore every learnt thing into this bio-android version of their daughter and while happy at first they eventually grew to resent this version of their child, unable to connect to her the same way she only served as a reminder to them of what happened. Eventually the two would leave Alle at the shelter to find a new home and family for herself. The young girl often suffers from motor accident fueled nightmares and finds herself in a constant state of fear around most vehicles. 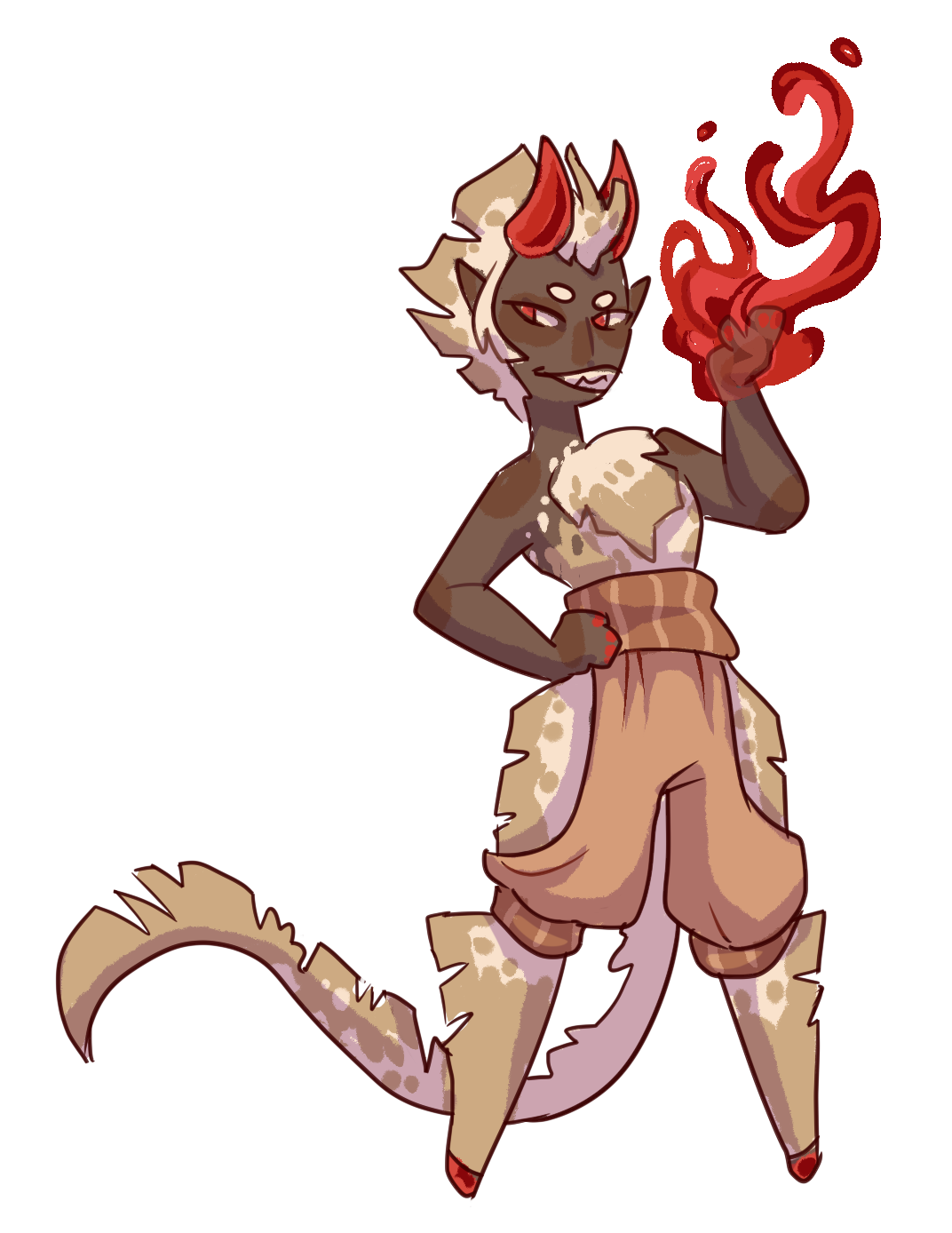 A massive mischief maker Toyo is one scheming demon that usually only behaves for Zhalla herself. Doesn't like to talk about his life from before the shelter and tends to get stroppy with you if you ask about it, more so if you ask someone other then him. Loves fire and magical practices especially if they involve fire. Spicy foods are a treat! Loves to prank and loves to be pranked as well. 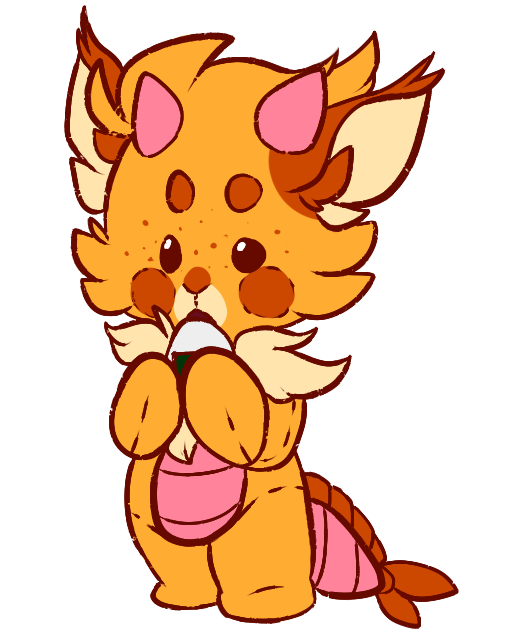 
All character designs are owned by me, though some art is done by other artists