For more information, see her current character sheet at worldofdragonball.freeforums.net/thread/4446/sharizya-finished 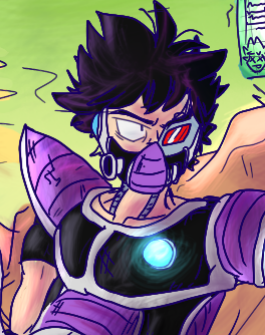 Dec 20, 2020 8:15:06 GMT -6 Duran said:
As an old member of the community and someone who has seen WoD (Souls) during it's highest highs and lowest lows, I can pretty safely say this it something that has been weighing pretty heavy on my mind. WOD is where I learned how to be a proper writer after all, and I met a lot of people here that I still consider my friends to this day. I'm really passionate about this site and it's stories so sorry in advance if I come across as a blubbering mess.


Not to sound like a doomsayer, but I believe that to a certain extent, WoD was kindof doomed from the start. The buildup to the site and the storm of activity following it was unlike anything I've (and probably everyone else) had ever seen. This lead to some questionable drama unfolding, both IC and OOC. I'm not going to point any fingers for how that came to be, though. The sheer size of the playerbase was way more than expected, so it makes complete sense that the site was off to a rough start.

We as a community have had a lot to endure. Certain bad apples mixed into the lot, or however you want to call it. I've talked to numerous people who have said that the community (Or rather, the certain loud negative minority) were the biggest reason they lost interest in WoD. Again, I'm not going to name anyone, nor is this a personal slight against anyone.

Another glaring issue that I see is the unhealthy power balance currently within the characters. As someone just starting out, it is next to impossible to have any meaningful impact on the story due to the massive power cliff. While that makes sense, since it's Dragonball, it becomes a problem when you realize that even the heavy hitters are completely powerless whenever they want to accomplish anything. The site has advanced to the point where every large, galactic power has allied amongst themselves, weeding out the competition. While politically a smart move, it is less so from a narrative perspective. There is no tension.

I understand this is a difficult thing to monitor, since it's characters making their own decisions and building their own alliances, but you have to ask yourself if it's really worth it at the expense of the overarching storyline. The friendships between the factions leaves villains little options, as well as completely nullifying any and all tension between factions. In my opinion this is one of the most unhealthy developments, that leads to a lot of people simply asking themselves: ''What does it matter?''

Again, this is not a personal slight against anyone and I really don't mean to insult. It's a less relevant point right now since ya'll are doing the exact thing I'm about to say, but it might be something to keep in mind for the future.

WoD has always prided itself on the 'sandbox-y' aspect of it's setting. Basically nothing is pushed by staff, and all the important story beats are left up to the players to develop and push forward. I LOVE this about WoD, since it gives the characters and their actions real meaning. However, an approach like that will only work when the playerbase is healthy and large enough to be self-sufficient. It's pretty safe to say that the current WoD hasn't been that for a while now.

My personal opinion is to maybe take a step back from the 100% mandatory 'sandbox' approach. Ofcourse, it's important and should definitely stay, but I'm simply saying that when the site is experiencing a drought...Maybe push an event of some sorts? A Tournament, perhaps? Idk. I know WoD:Souls has done events like that, so I don't see why it's not possible here.

This one's a bit more specific, but something that has been on my mind for a while is the lack of significance for the official titles (Guru of Namek, Saiyan King/Queen, etc.). Back in WoD:Souls, gaining one of these titles would reward the character with a special technique of some sort. Whether that be the Power Ball for the Saiyan King/Queen, or Potential Unlock for the Guru of Namek, they all had their own little thing. Other characters could purchase 'emblems' that would allow them to officially train under these Officials, in order to learn their technique.

I personally loved this system. It gave the official titles some real meaning, as well as sparking character interaction through the emblem items. Now, I'm not saying to bring back techiques like the Final Flash or Hellzone Grenade under these titles, since that's what the SIG system is for (Which is also fantastic, don't get me wrong).

However, I would love to see something else be introduced for these titles. Perhaps the official roles gain a skill akin to something like an Assist Sig, that has some neat flavor for the role in question? For example, the Saiyan King could gain a skill like this:

[SKILL] Commanding Shout: The Saiyan King/Queen lets out a boisterous warcry, invigorating their allies. [Choose up to 3 allied Saiyan characters, and give them +x1 Offense for the rest of the thread.]

Again, this is just an example that I pulled out of my rear in like 3 seconds. I'm not saying to do this exact idea, as I'm sure you guys would be able to come up with something much better. Personally, I just really want to see the Official Titles/Roles be brought back to their original glory.

So Jules that's great and all, but now what?

Honestly, this is going to sound pretty ludicrous, but I think that this iteration of WOD has run it's course. I don't want to say it's unsalvageable, but it's pretty clear that something drastic has to happen for it to return to it's glory days. So what do I mean by that? Well, wipe the slate clean. Reset it all.

''But what about my characters??!''
Well, you can play them, you just have to start over. With revamped mechanics, and fixes for all the things we now see were extremely problematic.

''But I don't want to start from scratch...''
None of us do, but think about it: Are we really going to bring this iteration of the site a meaningful conclusion? I really doubt it. And hey, just think about all the amazing stories that could unfold if we start fresh!

Let me just start off by saying that I really want this site to succeed. The memories I have here don't really compare to anything, and it's a shame to see it fizzle out. That doesn't mean that hope is lost, though. I really think that we can bring it back to it's glory days, all we need to do is make some drastic, huge and exciting changes!

Anyway, thanks for coming to my TED talk, bye lol

Honestly, as the former Robocine, I’d be down for these changes, and a new iteration of World of Dragon Ball. I’ve been reading this site for the past few years anonymously since I dropped off of RPing, but I could see myself coming back if these were applied.
worldofdragonball.freeforums.net/thread/2374/chilipea-blackeye-skipping-bp - Chilipea's Profile
Reply